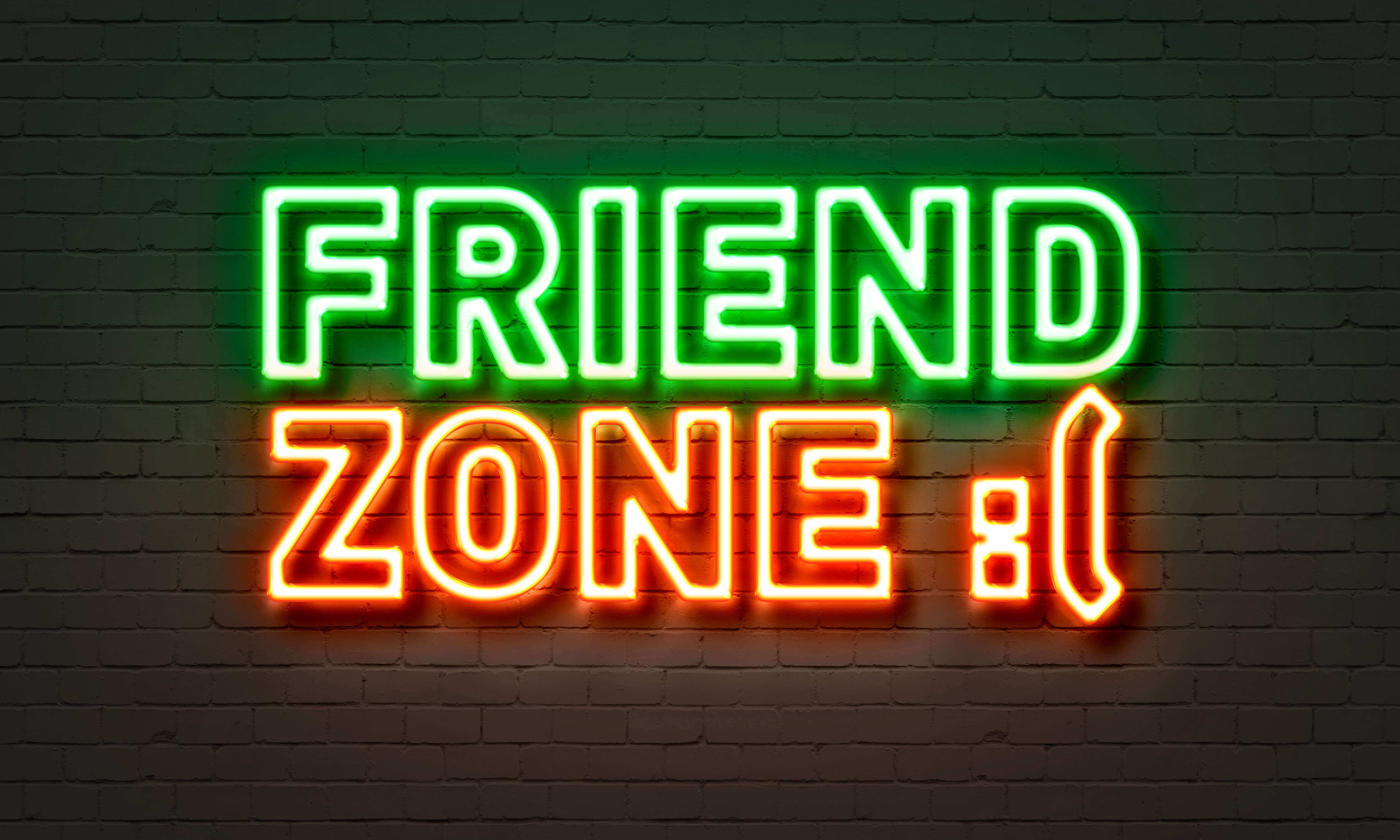 Get Out of the Friend Zone Now

By Soul Love / Heartache and Barriers to Love, Masculine and Feminine Energy, Tantra and Sacred sexuality / 1

Ending up in the friend zone can leave us wondering so many things about ourselves, none of them typically positive. Not only are we dealing with a potential blow to our self-esteem from rejection, we also have to face the feelings of loss that may arise because we don’t get to spend more intimate time with that person of our affection.

Let’s be specific here with the meaning of friend zone. We are in the friend zone when someone we were romantically or sexually interested in says, “I just want to be friends” meaning that from this point forward, regardless of whether that person had been dating you or even been sexual with you, they no longer want to be. They want to be friends with you, but they do not want to be romantic or physically intimate with you. If you’re in a relationship and living together with this person, we more often refer to it as the “roommate zone” because you are living in the same house but not being physically intimate.

When we get friend-zoned repeatedly, it offers us an important opportunity to look within ourselves and see what the common denominator in the experiences might be.

Why do people end up in the friend zone?

Let’s explore the three primary reasons that men and women end up in the friend zone… and how to make sure it doesn’t happen to you.

Number one, you neutralize your sexual essence, which means you consciously, or more often unconsciously, turn down or override your masculine or feminine sexual energy, which zaps any spark and neutralizes the sexual chemistry.  Neutralized sexual energy almost guarantees you’ll end up in the friend-zone because the attractive force is negated. How do you stay out of neutral? (Re-)ignite the spark of polarity between the masculine and the feminine. If you’re masculine, be masculine. If you’re feminine, be feminine.

The second thing that puts you into the friend zone (or roommate zone) is that you show up as the nice girl or the nice guy. You try to make everybody else happy and you set yourself aside. As much as we might not want to hear it, nice, in this way, just isn’t sexy. It is not a turn on. It’s why women are sometimes attracted to the bad boy. The truth is, they don’t really want the bad boy, they want confidence. Men want confidence, women want confidence. The nice girl and the nice guy aren’t usually very confident.

Third, as time progresses, you don’t talk about the problems, the frustrations, the challenges that inevitably show up in a relationship. Those unspoken words become the elephant in the room and you stuff them under the rug. When you stuff it under the rug, for a while things seem ok. Eventually though, there’s a big mound of hurts and upsets under that rug. One of you is standing on one side of that pile and one of you is standing on the other side, and at least one of you is saying, “I can’t feel you anymore. I don’t know if I love you anymore. No, I don’t want to have sex.” That’s the dreaded friend / roommate zone. And it’s lonely, even with someone sleeping next to you.

What do you do when you find yourself in the friend zone while dating or in a relationship?

Truly, authenticity is where it’s at. You can’t remain sexually attractive if you’re not honoring you, in dating or in a relationship. Your attraction factor plummets if you’re settling, selling yourself out, people pleasing, or self-abandoning.

Also integral to your authenticity is knowing and genuinely embodying your primary sexual essence energies. Most people have either predominant masculine or feminine energy and most people today, as we said above, override and neutralize those energies. That means there’s nothing to create sexual spark or attractive tension.

In a nutshell, to know how to get out of the friend zone…

If these descriptions sound like you or your relationship, then it’s likely time to do some soul searching. It’s time to wake up and find your sexy. Male or female, if you’re in the friend zone, you are very likely out of touch with your genuine soul and its desires for love, intimacy and passion.

Here’s to your attractiveness…

You too, are invited…