As I sit down to write this note to you, I'm remembering the successes and failures of my corporate career coupled with the simultaneous demise of my marriage.

I didn't actually trust men and I repelled the very men that most lit my fire. My so-called "best self" pushed the men I desired away. I was left with lots of questions and lots of tears.

I was beating out the boys in the High-Tech and Oil & Gas industries and yet never felt the satisfaction. There was so much pressure to perform that I completely denied my feminine energy, but damn, I wanted a man more powerful than me.

The very same thing that makes us successful, strong, independent women is also destroying our relationships.

My intensity and commitment made me great friends and colleagues with men, but romantically unattractive. I thought I was being exactly what men wanted (and, truthfully, what I thought would keep me safe) but it was doing the exact opposite.

Gratefully, I aligned my power and independence with my genuine femininity...

The careful opening of our hearts allows us to be both powerful, and have the love of a great man. This is my prayer for you. 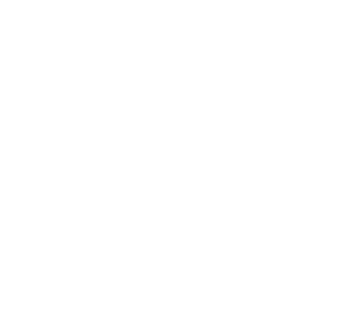 I know it might sound crazy that equality kills passion and independence builds barriers. But, it's the absolute truth.

When our heart yearns for love, it's funny (or not), but it's as if we lose all of our "smarts" and too often lose ourselves.

If you're like the thousands of independent women I've supported, you too have been conditioned to do things backwards.

And you can't make excuses for a man you're in love with.

When we wake up to the truth that our strategies to find and keep love aren't working, we begin to explore the reasons love remains elusive. We start asking, "What's my part?"

Here are the 3 barriers women unconsciously build against love…

Barrier #1:  You Sell Yourself Out

When you don't want to be a bother, inconvenience, or a burden, or especially a high maintenance woman; When you think it's better to give than receive; When you want to avoid upsets, you'll sacrifice, you'll do just about anything, including twisting yourself into a pretzel to be what you think he wants. As a result, he actually stops showing up and loses interest.

Barrier #2:  You Think You Want Your Man to Act Like You

You imagine that you want a sweet, sensitive guy who will truly get your heart - who will effortlessly meet you in the depths and throes of intimate conversation and share his true emotions. You picture him being there whenever you need him - but somehow you lose respect. He's no longer "man" enough for you. Unwittingly, in his attempts to be what you think you want, you set him up to fail.

Barrier #3:  You Think Feminine Is Weak

If the idea of being feminine raises your dander or makes you uncomfortable, if you think feminine energy is weak, passive, needy, or means you'll be taken advantage of and not respected, there's another perspective. The truth is genuine femininity couldn't be more powerful - it's often more impactful than masculine power. And, yes, as the Dalai Lama indicated nearly a decade ago, it is the true feminine (think feminine energy) that's needed to heal and unite our world.

What Men Want You To Know

Ladies, I'll say it straight out - men want to be your hero.

Unfortunately, you don't let them. You probably don't realize you're not letting them.

As a result, you miss out on the attention, affection, and generosity you're craving and truly deserve.

If a masculine man can't contribute to your life in significant ways he will simply stop trying. And eventually leave -- looking for someone who will receive what he has to offer.  Conscious masculine men don't just want to provide and protect, they have to in order to stay in love.

Men also need your respect. They want your admiration. And, when you are always proving you don't need them or worse yet, that you know how to do it better than they do, they give up, "Why bother?"  Your heart hurts and so does theirs.

It's time to let down the protective armor, relax, and receive again.

Yes, you. It's time to believe in men again and let yourself be taken care of. Sometimes it's easier said than done.

You want to trust him. More than anything you want to trust he'll do what he says and that he's got your back. Trust doesn't start with him. Awake conscious men are incredibly trustworthy, and you'll never find a perfect man who won't let you down. The key is believing in yourself and your feminine energy enough to know that you'll be ok, even when he isn't perfect.

Whether you're single and looking for your one, or you're married and longing to reconnect with your beloved, your feminine energy, the way you show up -- on your profile, on a date, in the kitchen, on his front doorstep, in the bedroom and everywhere in between -- determines the strength of the attractive force you create between the two of you.

No more longing. No more hoping and wishing. When you realize the deeper desire to be soft, surrendered, even vulnerable -- you then get to have all the attention, affection and intimacy you desire. You get to enjoy all the cuddling, conversations, and tender lovemaking you've ever imagined -- with a strong powerful man with a truly open heart.

You're out there making things happen. You're raising a family or wanting to, you're juggling all the balls of your life and keeping them in the air (for the most part) -- but you're lonely, maybe tired. It's easy to recognize the habit of the "modern" woman to respond, almost as a mantra of independence, "No. No, I got it." It's been seen time and time again, the mantra of the happy woman is, "Thank you," as she receives -- receiving is the essence of the feminine definition.

"... I had many of the images of men and women taught to me through our culture - that we are equal, that it is a sign of weakness to depend on a man, etc. My idea of a desirable man was so distorted...I didn't want machismo, but I also didn't want a squishy wet noodle. What my heart told was 'right' was often at odds with what my mind told me. It was difficult to sort out. Joanna helps put all the man/woman pieces together in a way that makes sense - that maximizes attraction, allows us to be true to our nature, yet does not invalidate us as strong, passionate and purposeful individuals. My feminine is out in the open now in the most amazing way. My walk, talk, what I see, feel and do in regards to men are all different now - and it feels genuine, fun and sexy! I get some awesome feedback from the guys too! I get to claim my feminine and I'm loving it."

"I was not living authentically-I was so masculine.  This program not only helped me let go of judgments on femininity, but also helped me recognize and bring out my true nature.

I learned more about the importance of self-care so that I can give more to others... I have noticed a difference when I am around men now that my feminine energy shines so much brighter. I feel more beautiful and powerful and have had people tell me they have noticed the change!"

"Joanna made a compelling case about the value of tapping into feminine energy and magnetism for my personal life and business, and I am so glad I listened! … I'm shaking off the body armor and feeling closer emotionally to the people around me; totally embracing the strength of feminine energy; and beginning to understand how magnetism works. I loved that there were men present because I appreciated hearing their viewpoints and that everyone else REALLY showed up because that made the experience deep and authentic… The most profound breakthrough for me was learning about the power of magnetism and redefining what being ambitious means. Now I understand that by being truly grounded, loving and authentic and in-line with life's purpose, that you get into a flow and exert a magnetic pull on the world around you. And this allows pretty big, ambitious things to happen!

"I realized just how much I operated from masculine energy. I recognized that I didn't just wake up one day that way, but actually had shifted gradually over time.  Now, realizing the true power and joy of the feminine, when I operate from that energy, everything flows more naturally and it's amazing how much easier it is to accomplish anything in life, from personal relationship to business!"

"Thank you, Joanna, for such a lovely and well-articulated synopsis of the feminine light! So often it's hard to define what "feminine" is --- especially when so many women have been steeped in the male paradigm & taught to devalue their femininity. We don't even know what it looks like anymore! You do a beautiful job of clarifying these essential differences!"

What is Feminine Energy?

Is She Too Strong For Love

Let Me See Your Soul

Are You Seen or Are You Hiding

You want to know the deepest realms of love.

That doesn't start with finding the right guy or your guy showing up better. It starts with you knowing you. Trusting you. Being you. In a way you've never considered before.

New is scary. Especially when you're used to being in control.

Acknowledge the courage of being right here, right now. 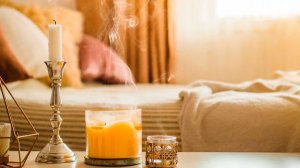 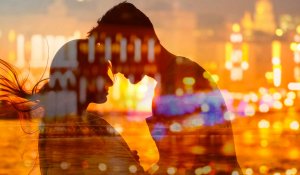 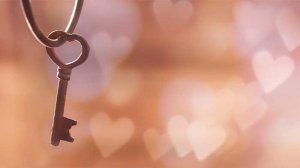 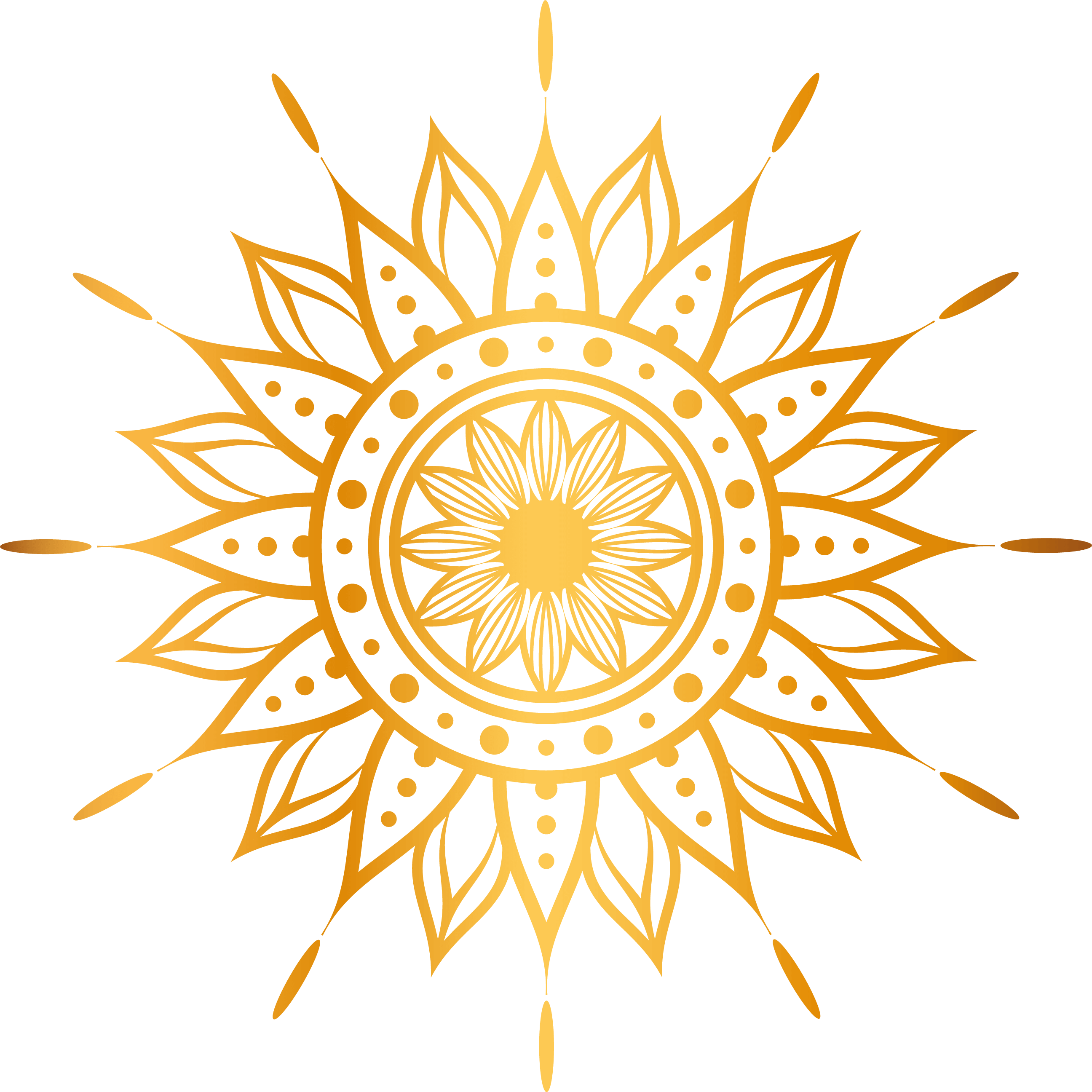 …He reaches out to her and pulls her tight… welcoming her radiant light into his tired body. He releases her for now… knowing their bodies will unite in the coming hours.

He offers her his fullness, his presence. He sees her. He feels her. His strength and his tenderness, his penetration and his embrace, his caresses and his lust, his power and his openness bring all passion, all sensation, all bliss, all ecstasy to life. She gives herself in pleasure to him.

She knows her wholeness, her fullness, her succulent beauty. She revels in it. She honors it. She nurtures and embraces the radiance, beauty, love, sensuality, and sexuality that shine through her body… surrendering it fully open. Her radiance and light nourish him...