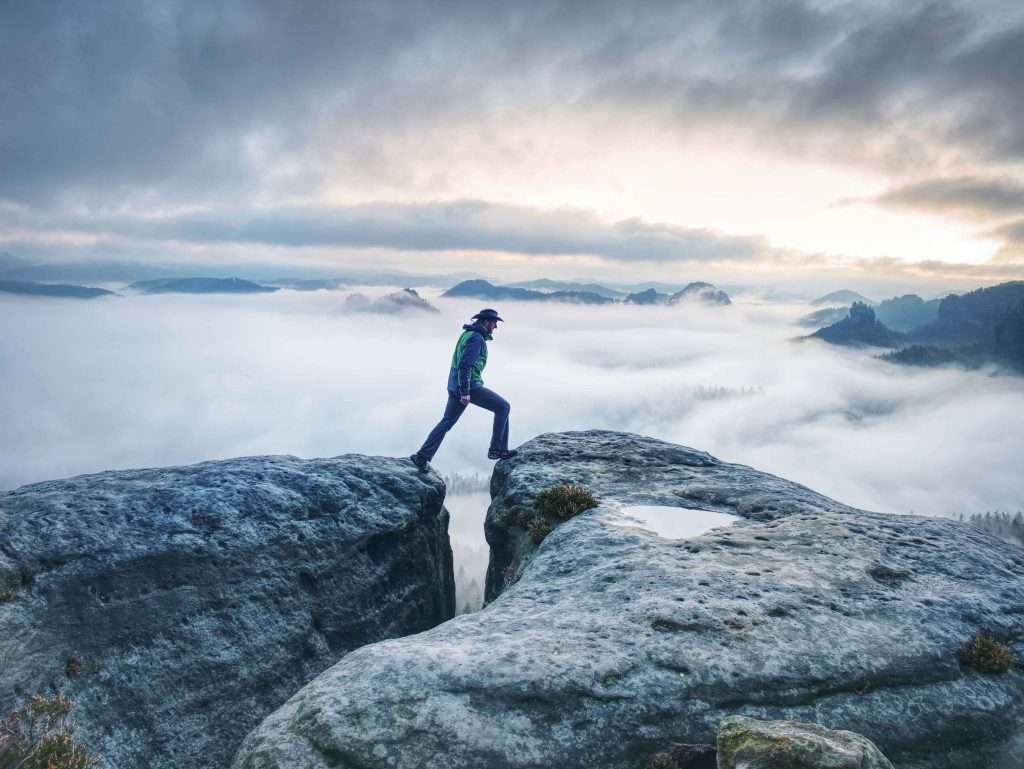 Men’s Emotions: Understanding and Respecting Them

While we tend to recognize and honor the fact that the feminine craves a  safe space for her emotions, we fail to realize that the need for emotional safety expands exponentially  when it comes to men’s emotions. A man, particularly a masculine man, or anyone running predom­inantly masculine energy,  needs an extremely safe space in order to be able to feel and express his emotions. He needs inner safety to even acknowledge he has feelings.

No matter who is feeling, all emotions require a kind, tender, accepting space in order to be truly felt and expressed. For our purposes here, we’ll call this presence of compassionate acceptance safety. We, as humans all need to know it’s safe to let down our guard, to soften and feel. When it comes to men’s emotions, or the emotions of the masculine, this need for acceptance and allowing skyrockets.

Much of the world, especially feminine beings who are attracted to masculine beings, have been calling for men to feel more. Many women in romantic connections, whether dating or partnered, will say they crave the authenticity of a man’s emotions. Yet, if we’re honest, whether male or female, or predominantly masculine or feminine, we usually judge men’s emotions, especially strong ones like grief, sorrow, fear or anger.

While the feminine has tried to pull more feelings from the masculine, she hasn’t necessarily created a safe space in which men’s emotions can be received. The feminine often tends to judge emotions in men as  either too much, when it comes to anger, or as weak, when it comes to tears and fears. This deep seated judgment and resistance to men’s emotions – and if we’re honest, to all emotions – makes it unsafe for any of us to be real, and most  especially men.

Yet we must cultivate that realness if we want truly soulful and intimate relationships. In all relationships, emotions are the language of intimacy, and that of course includes men’s emotions. The true feminine finds herself powerfully attracted to the depth, presence, and solidity of masculine energy. She melts for that masculine energy combined with an open heart.

A man with an open heart feels his emotions, albeit usually not as frequently or as consciously as his awakened feminine counterpart. In romantic partnerships based on masculine and feminine attraction the feminine person will surely affirm the attractiveness and power of masculine energy. She will also admit that this expression of masculinity absent the ability to feel, will never be ultimately satisfying.

How men’s and women’s emotions differ

It may seem that men’s and women’s emotions differ. however, in reality they don’t. Men’s emotions are as rich and diverse as any feminine being. Yet while the emotions themselves are the same no matter what body is feeling them, how those emotions express and the space needed for them to authentically arise varies greatly.

In the space of Tantric Loving and Tantric Sexuality, men’s emotions, as well as all emotions are recognized as sacred. Here we are invited to consider both the physical and energetic aspects of men’s emotions and their expression, and we will see something incredibly important.

Masculine and feminine polarity dynamics, as well as the physical and energetic differences common to bodies at the male & female ends of the gender spectrum, reveal important differences in how we must treat and interact with men’s emotions – at least if we want love and intimacy with that man.

That pushy demand for a man’s emotions is as unloving and disrespectful as any masculine grasping to sexually open a woman.

A man opens his heart, his emotions, slowly,  just as a women opens her sexual center. The feminine needs sexual foreplay before she is fully available for sexual intimacy and joy. The masculine needs the same in different form. Men’s emotions require emotional foreplay before their heart is able to open to the deep realms of emotional intimacy their feminine partners crave.

Have no doubt the divine masculine embodiment has a great capacity to feel. It holds an immense ability to love.  But in the case of female partnership, she must must must drop her demands and expectations for her man’s emotions. If she wants to feel his heart, she must commit to creating a safe space and a tender way of being that invites his emotions out into a deep dance of connection and even divine union (remember that union is of heart and sex).

Whether primarily masculine or feminine in our nature, we rarely associate masculinity with emotions. We tend to harshly judge emotionality in men and that judgment, and shaming, often starts quite young. Unfortunately, society still predominantly holds deep and broad conditioning that condemns a man who feels. He is judged as weak or soft.

Too often the same women who crave emotional depth with a masculine partner, have not gone inward to look at their own beliefs and biases about men’s emotions. Too many women want to feel the emotions of loving affection from their partner, yet if that same man softens into and expresses his fear or sadness, she will tend to judge him. In some cases she may even feel turned off or repelled, and pull away.

First, as a collective society, we would all benefit if each of us had the courage to explore our own beliefs, stories, and judgments about men’s emotions, all emotions in general. This would open up the space for much more authentic intimacy and deep love in our romantic relationships, and in all relationships.

At the same time, in these situations, we also want to consider the presence of the masculine being expressing those emotions. How a predominantly masculine man expresses his feelings does actually impact how his feminine partner might respond – being drawn closer or being repelled away, at the extremes.

If someone who is predominantly masculine by nature collapses fully into his emotions, or any other feminine expression, losing access to his masculine energy, this will feel incongruent and hence less attractive to the feminine.

If men’s emotions are expressed within the space of masculine presence, that emotional expression can be attractive, and often arousing for many women. When a truly masculine man stays connected with his core essence and feels his emotions, in a nutshell, most feminine women find that sexy. Losing his center to his emotions is not so sexy.

The feminine’s unconscious ability to hurt

As a feminine being desiring true soul love, there is nothing greater for her to receive from her masculine partner, or potential partner, than his willingness, ability, and capacity to open his heart and fully share it with her. Yet, in her unconsciousness, the feminine can strike a man’s heart  closed in an instant with words absent of love.  She will shut his heart down in a literal heart beat with her unkind words, her dissatisfaction, and her unconscious demands.

The feminine can harm with her words in equal measure to the masculine’s ability to harm with his body.

When men’s emotions are rejected or judged, the heart that expressed those emotions can close down tightly and may remain closed long beyond the cons­cious memory of why  it closed. Then both the masculine & feminine in a partnership wonder why they can’t really feel the love they once did, the love they know to be underneath.

Those same men have the deepest experiences of romantic love and strongest relationships. Shocking to most, the men with true emotional capacity also know the most extraordinary love making.

Developing your capacity to embrace men’s emotions – your own, your partner’s, your friend’s, your son’s – will serve you well. It will serve the world.

You too, are invited…