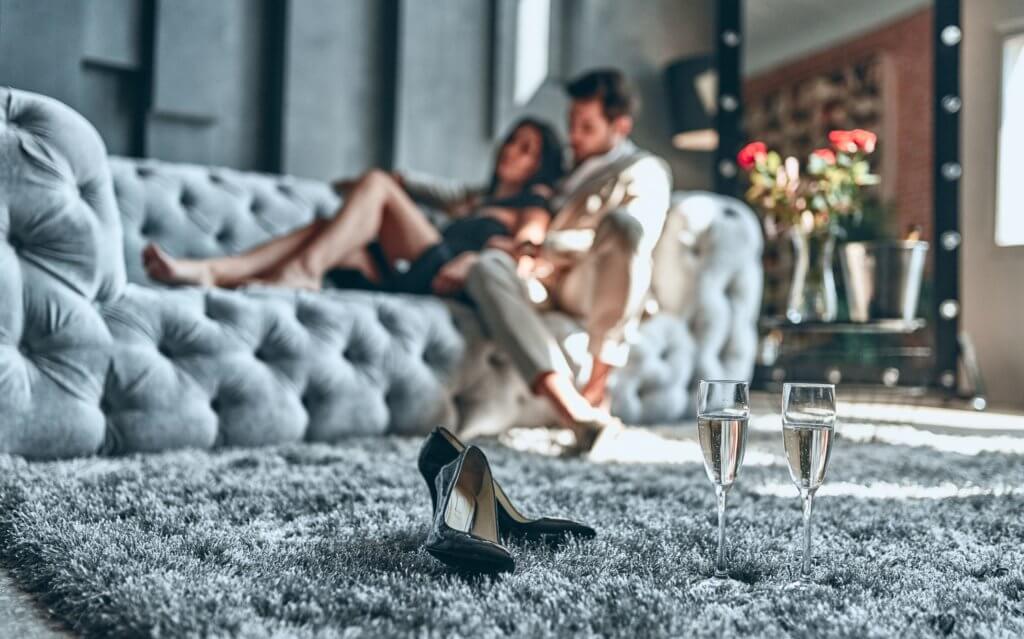 Sex or affection?  Which do you want more?  As a man or a woman, have you ever felt like you were actually 180 degrees different than the opposite sex? Even I feel that way sometimes! And, I know the real truth.  That truth is that the sexes are incredible complements to each other and without our diverse differences, we couldn’t create the magical love and ecstasy we do.

When you explore the sexual needs, wants and desires of men and women, you can’t help but notice the differences. (If you’re not convinced, sit down and have a heart-to-heart really honest conversation with your significant other or a close friend.  If you both get really honest, are your needs and desires the same?)

The numerous differences, although essential for our chemistry and survival, can often create the most frustration and conflict in a relationship (except for maybe money issues, but we’ll save that topic for another day!)  Or, worse yet, they’re no longer frustrating because we’ve just given up on sex and physical intimacy and settled for friendship.

What if we could not only understand our true differences, but also learn to see their value, embrace them, and even benefit from them?  Although, I documented many differences in desires and needs between the sexes, let’s really explore this…

In one of my past workshops, I spontaneously explored this topic with the men and women participating.  I pointedly asked the women, “If you HAD to give up one or the other – sex or affection – which would you give up?”  All the women answered, “sex”.  I asked the men the same question, and although they felt a bit challenged to admit it, they would definitely give up affection.  Of course, I knew this difference existed in our physiology and yet really seeing the hands go up and having it confirmed by a group made me stop and think.

You might ask, how can that be?  How could the world be that unkind?

It goes back to our survival instincts and needs. We need to procreate to survive and… could you imagine if both sexes had the same level of sexual desire as the average man all the time (i.e. we both thought about sex many times an hour)? Similar to the early weeks and months of a relationship, we’d lose site of other needs or responsibilities in life and spend all our time in bed together.  We’d never get anything done!  Who would get food or watch for the enemy?  Or, on the flipside, can you imagine if both sexes had the generally lower sex drive of a woman?  With a little stress, which was common in the hunter and gatherer days, we might have given up procreating all together.

In addition, since women are the “bonders” of the species, their instinctual desire for affection supports their need to connect with other human beings and create communities where we can support and love each other with less effort and more harmony.

There are more instinctual reasons for our different desires and let’s let these suffice for now. How do we benefit from these differences?  First, you benefit because you are here!  Without things exactly as they are, you might not exist!  Beyond that, men, you can receive more of what you most want by simply offering loving words or compliments, loving touch, gestures of kindness, or anything else the woman-in-your-life considers affectionate.  (Ask her what affection means to her.  She’ll tell you and you’ll have all the info you need to bring you both closer together!)

Here’s a hint men:  Many women consider compliments an aphrodisiac!

Men, how difficult is giving a compliment to a woman you love and adore?  Do it!  She just may start bringing her body much closer to yours!

Women, this is a broad and deep topic that I cannot do full justice to in this short article. We explore it in the Conscious Sexuality workshop and, in the meantime, it’s important to recognize that although we as woman want to bond, this is not the natural instinct of a man.  I know that sounds crazy, but it’s true.  At the same time, filled with the chemicals and energy released during sex men are typically able to connect more deeply to their hearts and to us after good lovemaking.  Have you ever noticed the man in your life is often more affectionate and loving after sex (and a bit of sleep!)   It’s a hint for you women!

I never suggest being sexual when you truly don’t want to be.  And women, if you can access and feel the love between you, you might remember that men are wired differently and that when you genuinely share your gift of physical intimacy with a man, it can awaken his gift of affection.  There is no right or wrong here, just recognize that although most of us want partnership, we are truly different and we have to dance with those differences if we truly want passion.

Make conscious choices that honor you, your partner, and your relationship.

Find out which Category you fall into… Quiz